Having visited London twice now, it is by far my favorite world city. London has so much life to offer. The first time I came here was to celebrate New Year’s Eve in 2015 and it was the best New Year’s eve fireworks celebration I have seen. With the  sound of Big Ben chiming along as the crowd counts down to midnight, you could feel everyone’s excitement filling up the River Thames while awaiting the fascinating fireworks on the iconic London Eye. Fortunately enough, the year I came was the first year the city decided to have tickets for the fireworks display so it wasn’t uncomfortably crowded like the years prior.

There is definitely so much to do in London. Aside from the popular tourist places, every borough possesses its own unique charm. Out of all the places I’ve seen by far, I’ve rounded up a list of my top 10 favorites.

Food is always a must when traveling and if there is one place I would recommend to try in London, this would be it! The Borough Market definitely was a feast for the eyes and satisfied my cravings for good food. The market not only offers a variety of fresh ingredients for the kitchen but also a variety of delicacies and fresh baked goodies, desserts and freshly cooked meals. It is one of the largest and oldest food markets in the city celebrating its 1000th year in 2014.  For market times and details check here. 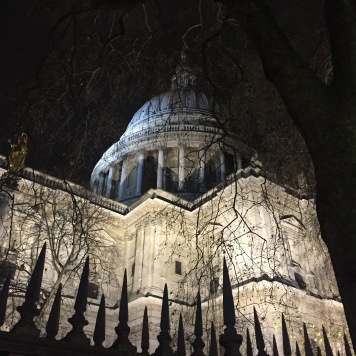 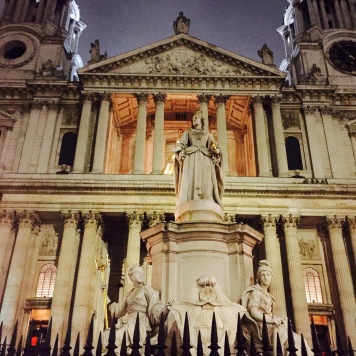 If only these walls could talk… I thoroughly enjoyed my evening walks on the Millennium bridge leading up to this historic cathedral. The original church founded on this site dates back to 604 AD. It has held historically significant services. The most recognizable of which was the  wedding of Prince Charles and the late Princess Diana. 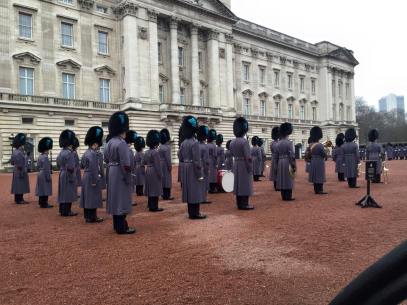 Definitely, the most popular residence of the reigning monarch of the United Kingdom. The changing of the guards is a popular attraction and a ceremony not to be missed. It is free to watch and takes place every day from April to July, and on alternate days from August to March. It is a 45 minute ceremony that starts at 11:30AM. It is always packed with crowds so be sure to arrive early to secure a good spot. 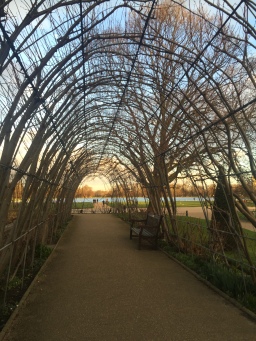 As I strolled around the lovely Borough of Kensington and Chelsea hunting down  good bargains on Portobello Road and randomly spotting movie locations from “Notting Hill”, I found myself walking into the beautiful and picturesque Kensington Gardens and Palace. With my sneakers and sweats on, I realized why not go for a jog around this lovely park surrounded by a picture perfect almost fairy tale like lake of swans. I must say it was one of the most beautiful afternoon runs I’ve had.

Truly a place where you are literally surrounded by history. I was deeply honored and in awe to be standing where royal weddings, coronations and funerals were held since the 11th century. It also houses the tombs of famous and influential scientists such as Charles Darwin and Isaac Newton. Tombs of English authors I’ve encountered back in my High School years are also here such as Geoffrey Chaucer, Robert Browning and Rudyard Kipling. Elizabeth I of England is also buried here. I could go on and on telling you about the numerous historic treasures found here like Britain’s oldest door and St Edward’s Chair (more commonly known as the coronation chair), but it would be best if you experienced it yourself and do the audio tour provided with the entrance tickets. 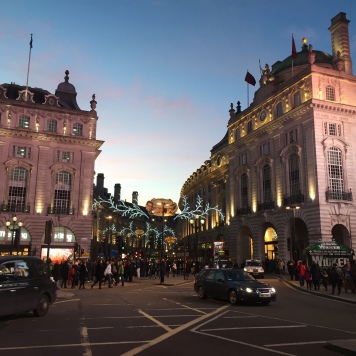 This is one of my favorite shopping streets in the world, not only for the shopping, but for its beautiful facade. I can still remember the feeling I had getting off the tube station, walking up the stairs and being greeted by this view of London’s West End. Of course, it was more festive coming here during the Christmas Season. Nonetheless, I love how the old buildings and the lights and the road junction come perfectly together.

This is one of those places that I absolutely recommend my friends to see when in London. It offers 360 degree panoramic views of the city and entrance is free (if you can get in)! I suggest booking an appointment weeks or months ahead. But don’t worry, once you’re in, there’s no limit as to how much free time you want to spend 155 meters above the city! There’s several coffee shops and restaurants to choose from. It’s a great place to enjoy the fabulous London city views, relax and read a good book or just simply be inspired. Don’t forget to make your reservations when planning to eat at one of the restaurants. 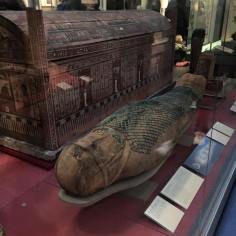 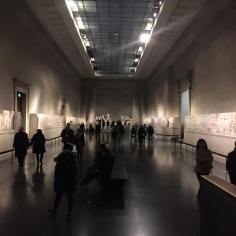 This is my second favorite museum (next to the Louvre in Paris). It houses a comprehensive permanent collection from all over the world. The most interesting for me was seeing the Rosetta Stone and the surviving sculptures particularly from the Mausoleum at Halicarnassus (one of the seven wonders of the ancient world) and the Elgin Marbles from Athens, Greece. The latter inspired me to make a trip to Athens to see the majestic Parthenon. Entrance to this museum is free.

Big Ben and The House of Parliament

Oh the iconic and breathtaking Big Ben! There’s only a few places in the world that makes me stop, take a deep breath and makes my heart smile… and this is one of it! Definitely one of those places you cannot miss!

Tower of London and Tower Bridge

Founded in the 10th century, it served an important role in British history having been used as a royal residence, a prison, an armory, a treasury, a menagerie and the home of the Crown Jewels of England among many other functions. Many prominent figures have been imprisoned here such as Elizabeth I before she became queen, Sir Walter Raleigh and Anne Boleyn.

Located close to the Tower of London, the Tower Bridge is the most famous bridge in the world and an iconic symbol of London. The top of the tower offers spectacular views with its glass floor walkway.