When I visited Greece for the first time, I wanted to experience this country’s diversity from the  historical landmarks of Athens, to the ancient mountainous region of Thessaly, and of course, to the famous island of Santorini! With a fairly tight 8 days to spend in this country, we were able to experience a good mix of culture, history, food, nature, hiking, sightseeing and the beach. This is how we spent our 8 days in Greece. 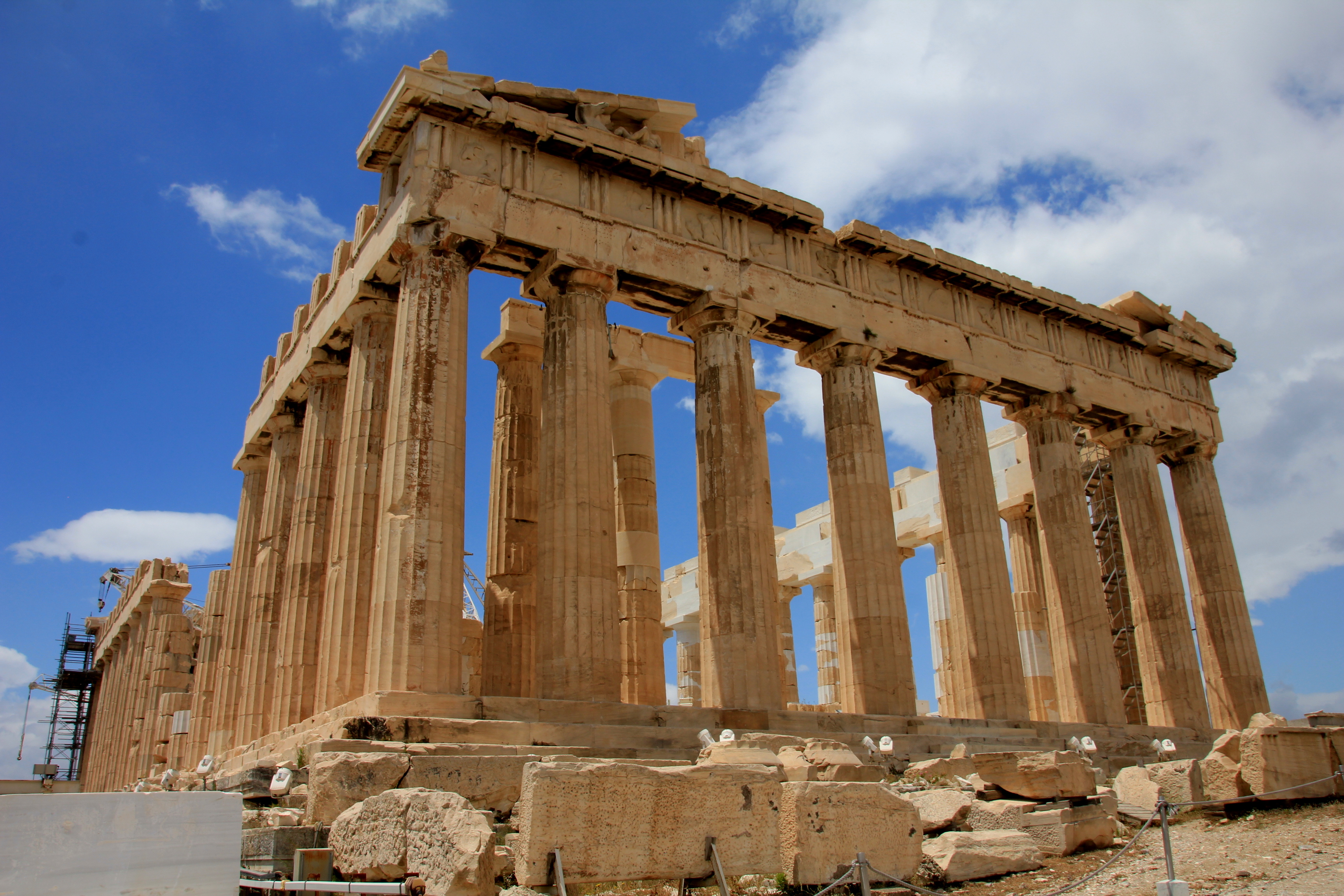 We arrived in Athens by plane and after checking in at our hotel and freshening up, we headed out to do a city sightseeing bus tour which consists of 2 lines: the Athens line which runs through some of the city’s most famous landmarks and the Beach Riviera Line which takes you to panoramic sea views through four different beaches. We decided  only to take the Athens line and immerse ourselves with the must-see historic attractions  of the city and take some time to relax and enjoy the local sights and sounds.

Day 2: Exploring the Acropolis and Museums

If you have time to spare, I recommend buying the special ticket package for €30 which is a great deal given that it covers the entrance not only to the Acropolis of Athens (which by itself is €20) but also access to the Ancient Agora of Athens, Archaeological Museum of Kerameikos, Archaeological Site of Lykeion, Hadrian’s Library, Museum of the Ancient Agora, North slope of Acropolis, Olympieio, Roman Agora of Athens and the South Slope of the Acropolis. Tickets can be bought at the ticket office on one of these sites and is valid for 5 days.

For more information such as free admission days as well as holidays check here!

Where We Stayed:
Central Athens Hotel

I absolutely recommend staying at Central Hotel Athens as it was (as the name suggests) in the heart of the Old City of Plaka and the Acropolis and has a rooftop with magnificent views of the Acropolis and the city center.

To read more about my trip in Athens click HERE!

Day 3: Travel from Athens to Meteora by Train and Meteora Sunset Tour

The easiest way to get to Meteora from Athens is a scenic 5 hour train ride from Larissa Station in Athens to Kalambaka Station. We booked our fares with TrainOSE which is a Greek railway company. After checking in at our hotel and having a late lunch at  one of the local favorites Taverna Gardenia, we headed off to our sunset tour with Visit Meteora. It was a well spent afternoon finishing it off with a beautiful sunset across the Meteora Valley. We walked around the village of Kalambaka at night after dinner and since we didn’t know that taxis weren’t available after 9pm, we ended up walking home which was a nice quiet walk as we watched the locals out and about on the streets hanging out with friends, neighbors and families as they all watched a soccer game.

To read more about my trip in Meteora click HERE! 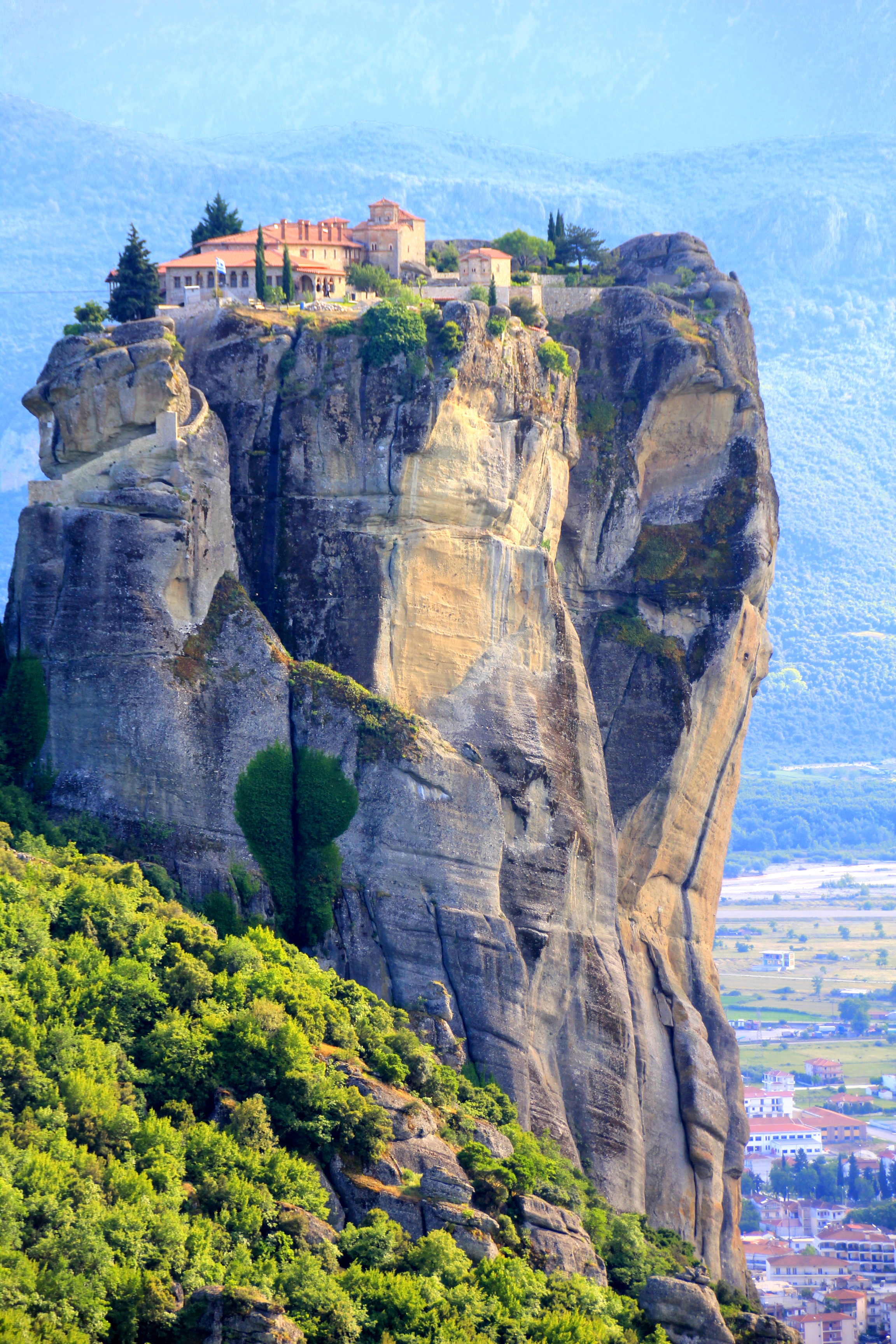 We started our day with breakfast at the garden of our picturesque hotel. We then headed off to do a half-day sightseeing tour to see the monasteries of Meteora for a little more hiking and exploring.

At about 1730 we left Meteora for Delphi. We took the train from Meteora (Kalambaka train station) to Levadia train station (32100 Stathmos Livadias, Viotia, Greece) and then took a 50 minute taxi ride (which I pre-booked through our hotel in Delphi) from Levadia train station to Delphi. It was already late in the evening when we arrived and decided to have an authentic Greek dinner of course at Taverna Vakhos which was recommended by our taxi driver and called it a night.

Day 5: Explore Delphi and the Ruins of the Sanctuary of the Oracle 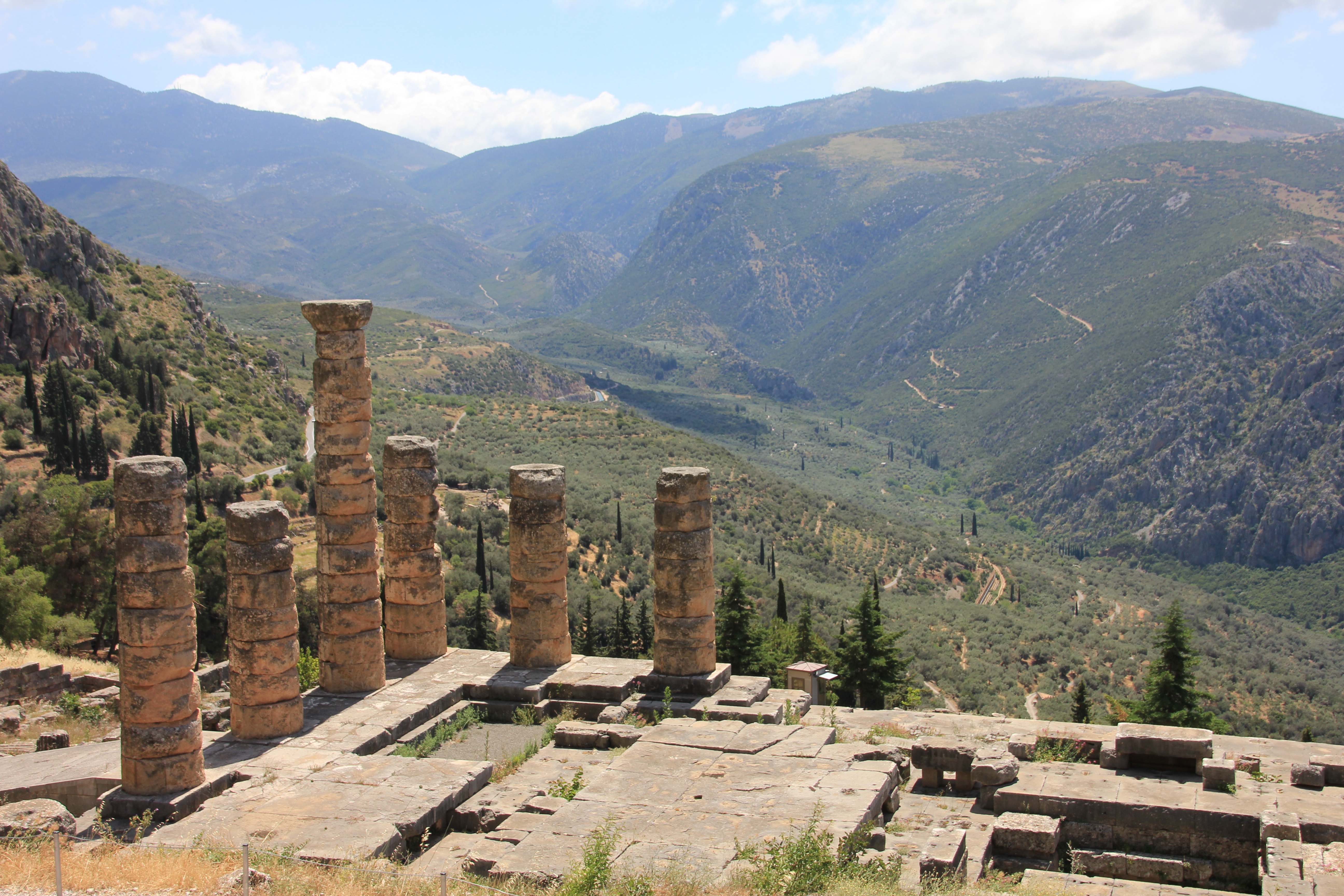 This place has always intrigued me for 2 reasons: 1. It was considered the center of the world by the Ancient Greeks. 2. People in the ancient world traveled here from all over to know their future and to seek advice from the Oracle, who is known to have produced some prominent and historically significant prophecies. We spent the whole morning exploring the ruins and the museum situated right next to it. After having lunch at the scenic Iniohos Hotel and Restaurant, we packed our bags and headed back to Athens by bus which we booked through KTEL FOKIDAS SA.

To read more about my time in Delphi click HERE!

Day 6: Flight from Athens to Santorini

We took an early 50 minute flight out of Athens to Santorini. We arrived quite early in our lovely hotel and the host welcomed us with breakfast while we waited for our room to be ready. I thoroughly enjoyed our stay at Sunset Hotel Firostefani. The host was very accommodating and the views of the caldera and the island were unparalleled topped with freshly made breakfast everyday. We simply had an amazing stay! 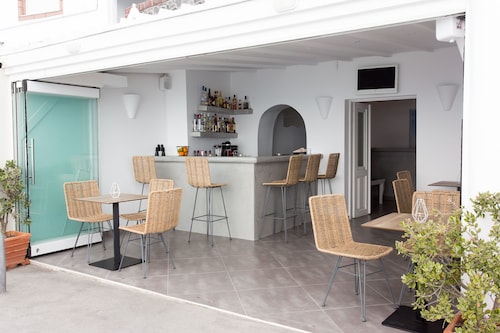 We spent the rest of morning walking around Fira and exploring Oia in the afternoon. After buying a bottle of Vinsanto which is a locally popular wine, we headed back to the hotel to enjoy views of the sunset and the caldera right from our hotel balcony.

We stumbled upon the beautiful and popular Red beach when we went to visit the ancient site of Akrotiri which in itself has a very interesting history from the Minoans who settled there during the Bronze Age. We enjoyed the afternoon hiking up and down the caldera and watching the sunset from our sunset cruise. Since it was also a Friday night, we thought it was fitting to explore the island’s night life and it didn’t disappoint!

Day 8: Relaxing Day at the Beach and the Santorini Sunset

After waking up with a bit of hang over from the previous night’s shenanigans, we decided to spend the rest of the day just relaxing at one of the beaches. We chose Perissa Beach which is a beautiful black beach lined with restaurants and shops. They have free sun beds and parasols as well and makes for a perfect relaxing afternoon. We then headed back to our hotel to catch the beautiful Santorini sunset for the last time which I think is THE most beautiful sunset I have ever seen.

To read more about things to do in Santorini click HERE!